Obama announces he wants to "cut 1.6 trillion dollars" from the federal budget.

Do Obama and
the Democrats really want to cut the federal deficit?
I have to admit, when I first heard that Obama wanted that large of a tax cut, I was confused. Can a leopard change his spots (Jer. 13:23)?

No, of course not. And when I researched the details I found it IS a 1.6 trillion dollar cut that he has proposed, but it's spread over the next 10 years!

Sometimes it's hard to grasp those large numbers. So in numbers we can better understand, think of our 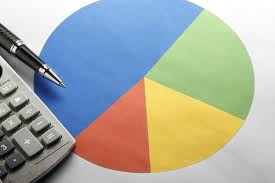 situation this way--suppose this was our family financial situation.

Try that with YOUR banker. Think he would continue to fund your account? Hardly.

Don't buy the lie. Obama is NOT serious about reducing the debt. It seems by all of his actions (not his words) he is trying to spend us into bankruptcy.

Getting to the heart of the Republican and Democratic problem is the debt ceiling. They have to vote to keep raising it in front of the public's eye. The last time they raised it, it made both parties suffer and look silly.

So I'm guessing that if this ridiculous "deficit reduction ruse" is ultimately concluded with an agreement to also raise the debt ceiling, it will just mean politicians did not want to vote publicly on such a lightning-rod issue. So they cover it with something else... in this case, fanning the fears about the national debt.

And that would mean, believe it or not, our politicians 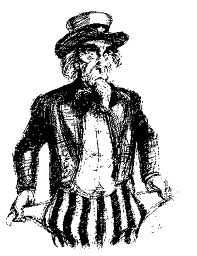 are actually WORSE than we thought they could be! They would have had to put this plan and timing together BEFORE the election. Which means BOTH parties are conspiring, both parties are lying.

All we really know is that God, in His infinite wisdom and His perfect purposes, has allowed Obama to be reelected.

Let every person be in subjection to the governing authorities. For there is no authority except from God, and those which exist are established by God. Rom 13:1

We also know that the Bible tells us to rest in the
assurance that, thankfully, God is in full control of our lives and country. Lies will continue to be perpetrated on us. We have to keep our eyes not on this life, but on the next.