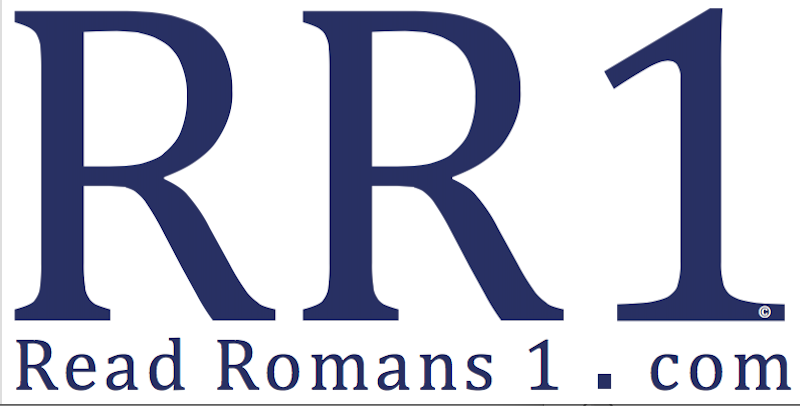 Time to point America
back to the Bible
as our Authority!
You would have to be two short of a coaster set not to realize this country is getting deeper in doo-doo every day! How should us Believers respond?
Any Christian with two brain cells can see the writing on the wall. In a nutshell, Satan is on a fast track trying to stifle Believers' influence in this nation. And I'm tired of standing

around watching the noose getting tighter and tighter around believers' necks. It's gotten to the point that Christians have become downright targets--just for believing the Bible!
Let's face the facts, they're killing Christians in other countries... and no one is stopping it. And if the Lord tarries, and that's more likely than not, then we've got to do SOMETHING or we'll eventually find ourselves where just admitting that you're a Christian is a crime!
Ask those Christian bakers, Aaron and Melissa Klein, in Washington State, or the Christian clerk, Kim Davis in South Carolina, if exercising their Christian beliefs is considered a crime. Shoot, it was only 11 years ago that South Carolina passed a state constitutional amendment banning homosexual marriage by over 70% approval. So the the vilification of true Believers in the U.S. is gaining strength at a breath-taking pace!

In the major media, conservative Christianity is openly being billed as close-minded, intolerant and harmful to both society and human dignity. In the future it will be impossible for true Believers to work for the government in any level, state or federal, while holding to their conservative evangelical Christian beliefs.

> Children are being told they can't write the words "Merry Christmas" to soldiers on Christmas cards.

> Seniors were told not to pray over their meals at a government-run Senior Center. (They have since backed down saying seniors should "Pray privately.")

> The VA has banned mentioning "Jesus" when counseling or at funerals.

> A federal judge held that prayers before a state House  of Representatives could be to Allah, but not to Jesus.

> Obamacare forces organizations to participate in birth control and abortions, against their convictions.

> And God forbid if something has a cross on it. Displaying a cross is fast becoming a government-defined sin.

> Brendan Eich, CEO of Internet giant Mozilla Corporation, with over 300 million in annual sales, was forced to resign because he supported God's definition of marriage. It was discovered that six years earlier he had donated $1000 to support California's Proposition 8, which passed by 52% to 48%, making same sex marriage illegal.

Basically our spiritual adversary wants Christians and/or the Bible to have zero influence so he's having his minions actively removing any vestiges of pure Christianity from government and business.

Obviously these Satanically driven people have no clue about the importance of allowing God to be God. That God's rules rule. That God's rules matter. They fail to understand that He gave us the Word of God for our own protection!

"How blessed are the people whose God is the LORD!"
Psa. 144:15b
God sees all that's going on and He is not mocked. Yet that's what we're doing when we as a nation ignore God's Word. 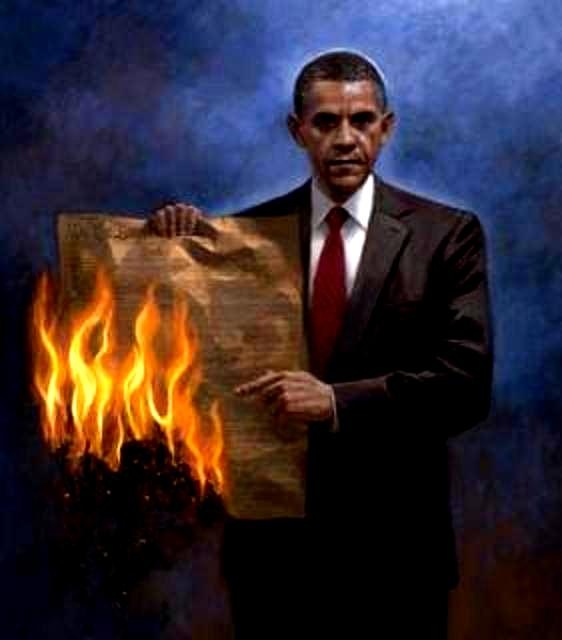 And if Christians continue to do NOTHING, Satan WILL continue to fill the gap. He's already started the "erase all evidence of Christianity" carnage here in America. History tells us what happens if we do nothing. If we don't do SOMETHING, we can't complain about the results.
The bottom line is that if we continue to stand on the sidelines, we'll be sitting ducks in the future!

But, before I began shouting "I'm not going to take it anymore" from my window, I'm reminded of something Frank Peretti once said at a Steeling Bible Conference.

While poking fun at people who over-react to things out of their control, Frank said, "Some people get so upset with the ________ (fill in the blank--politicians, communists, atheists, etc.) that I felt like saying, 'I've got $5 and a car, what can I do?'"

The point Frank made was that we need to always respond with Biblical balance and perspective. And these days, if we're not careful, we could end up in jail! Sad but true.

So, learning from Frank's wise words, we should be wise in our responses. And who is our best counselor? The answer is God's Holy Spirit illuminating scripture.

Thy Word is a lamp to my feet, and a light to my path.
Psa. 119:105
How To Respond
When choosing a response to all of the muck going on, God wants us to use the Bible to guide our footsteps.
"With Your counsel You will guide me,"
Psa. 73:24
"...He guides me in the paths of righteousness."
Psa. 23:3b
Bottom line is God assumes motion. We CHOOSE a path,

based on Biblical principles, and He guides our steps. It's hard to steer a ship without first hoisting the sails. Based on God's Word, we need to choose a direction and pray for God to direct our steps.

So the simple answer to our nation's problems is that
America needs to get back to the Bible as an authority.
But trying to get this country to read and trust the Bible is pretty much an impossible task.
So, rather than try to point America back to the Bible as our answer, we've decided to point to just ONE chapter in the Bible: Romans 1. Just read Romans 1. RR1 for short. That's our chosen path, trusting the Lord will guide our steps.
I considered my ways and turned my feet to Your testimonies. Psa. 119:59
Consider what God addresses in this incredible chapter:

Is that not one great chapter that deals with many of our problems today? God's Word is more powerful than a two-edged sword so

we're praying the Lord will use our RR1 campaign to convict America to repent of its sinful direction.

Hey, as we move close to the exhilarating climax of this age, this is something simple Believers can still do and not get arrested--point to a chapter in the Bible!

And if I'm wrong and Rapture does happen soon, it will be nice to have left a not-so-subtle hint as to what happened to everyone!

So here's the game plan:

>Second, add RR1 to your prayer list. Ask the Lord, if it be His Will, to use this to His glory.

>Fourth, Talk about it! Tell your family, friends, pastor, Sunday School, Bible study, etc., that you believe the answer to a lot of our problems today can be found in Romans 1!

>Fifth, wear a pin, sticker and/or put a bumper sticker on your car. Click here for details.

He brought me up out of the pit of destruction, out of the miry clay, and He set my feet upon a rock making my footsteps firm. Psa. 40:2
Pray about helping us to point America back to God's Word. We don't know if the Lord will use RR1, but we're willing to find out. Thanks for any help you can give us!
"Blessed is the man who trusts in the LORD
And whose trust is the LORD. Jer. 17:7

Naturally, we'll be talking about all of this at our Steeling the Mind Denver Bible Conference Saturday, September 19th. And if you can't make it live, watch it live on your computer, tablet, phone or even your digital TV! It's going to be a great day of Biblical armor! Click here for details.
And everyone who attends Steeling Denver receives two free RR1 bumper stickers!